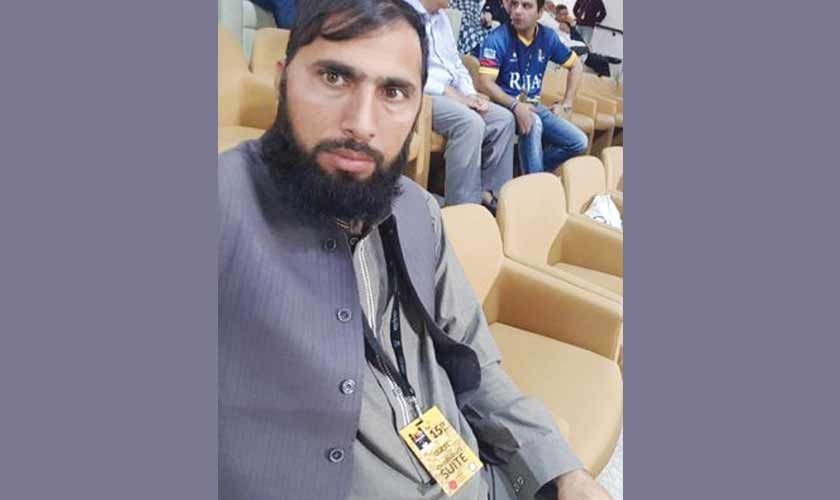 Seemingly hilarious news started doing rounds on the social media, when in Shpageeza Cricket League 2020 tournament, Abdul Latif Ayoubi, the franchise owner of the team Kabul Eagles got banned following a bizarre incident. The 40-year-old owner of the high performing Kabul Eagles either got carried away with the consolidated position of his team on the charts or could not control his probable hidden desire to be in the spotlight during the league cricket tournament of Afghanistan.

The franchise owner, although not part of the original team squad, debuted and inducted himself in the final XI and played himself in almost a dead rubber before the final. As expected, his team finished victorious against Speen Ghar Tigers, while Ayoubi ended up giving 16 runs off his only over. Kabul Eagles won the low-scoring encounter with relative ease. There was an instant upheave and concerns were raised which prompted the organisers to ban him from the rest of the tournament.

Ayoubi made the case even worse for himself when had a heated argument with a commentator subsequently. He was charged with violation of Articles 9 and 18 of Afghanistan Cricket Board. The violations resulted in Ayoubi being slapped with a penalty of AFN 30,000.

Kabul Eagles ended the six-team Shpageeza Cricket League 2020 Tournament as an eventual winner, though limelight to an extent might have been shared with the embarrassing step of the franchise owner.

There have been some cases in which a coach or some other member of the team management, who had been a star performer of his era, looking after an underperforming team, could not bear the lack of will and application of his team on the ground.

In recent past, we saw social media forums being dotted with polite yet naughty queries of the Twitteratis and memers wondering whether Younis Khan, the batting coach of the team for the tour of England in 2020, could actually bat in place of those in the team.

Dual duties of such nature are, indeed, allowed in certain sports. There is a concept of player-coach or player-manager. Player-coach may be head or assistant coach, and the concept was prevalent a few decades back, especially in football, rugby and basketball leagues.

Rugby or American Football players Curly Lambeau, George Halas, Jimmy Conzelman, Tom Landry and Dan Reeves in NFL and Basketball players Bill Russels and Lenny Wilkens in NBA are some of the renowned examples. The cost-effectiveness of getting two-in-one duties from a single person paved way for such inductions by teams in leagues which were cash deficient.

In later part of the last century, different player associations and bodies from most of the sports entered agreements stopping members of the management from taking over playing roles.

While many find it difficult to cope up with the post-retirement blues following hasty life-changing decisions, and come out of retirement, there are some mega stars that are forced by their country or even governments to come out of retirement and play once more for their country. This phenomenon is very common in the Indian sub-continent. While flamboyant, heart-throb all-rounder, Shahid Afridi, is one prime example of the former, our sitting Prime Minister Imran Khan is a fitting example of the latter.

Let’s hope that we, ourselves, do not end up praying for a frustrated Misbah to take guard or an irritated Waqar Younis to mark his run-up, following the string of mediocre performances of the Pakistani team. But even that would be a sight to cherish, wouldn’t it?

The writer is a physician, healthcare leader and traveller. He tweets @Ali_Shahid82