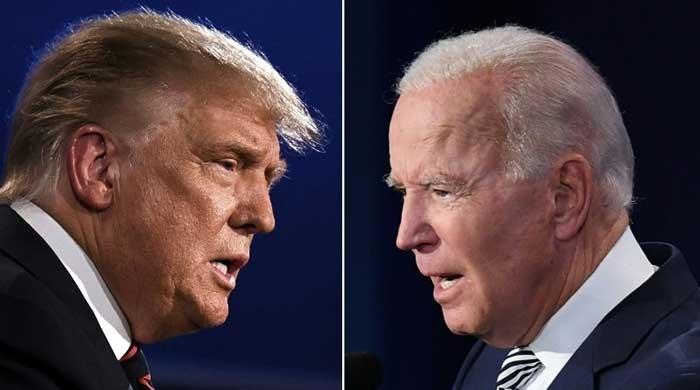 WASHINGTON: Donald Trump on Wednesday labelled his opponent Joe Biden “a wacko”, as the president seeks to revive his reelection campaign in the face of weak polling data while he is confined to the White House to recover from COVID-19.

“He’s been a wacko for years, and everyone knows it,” Trump tweeted. “Notice how all of the bad things, like his very low IQ, are no longer reported? Fake News!”

Trump has fired out a stream of angry tweets since leaving from hospital on Monday as he continues to be treated for COVID-19 just four weeks away from the November 3 election.

Latest polls forecast a clear victory for Biden, with CNN giving the Democrat a national advantage of 57% to 41% among likely voters, with women voters going 66% to 32% in his favour.

Trump linked his tweet to a clip of Biden on the campaign trail telling a group of young dancers he wanted to “see them dancing when they’re four years older.”

Biden’s apparent reference to his ambition to be campaigning for re-election in four years’ time was criticised as inappropriate by Fox News.

Trump has vowed to return to campaigning shortly and to participate in the second presidential debate against Biden in Miami on October 15.