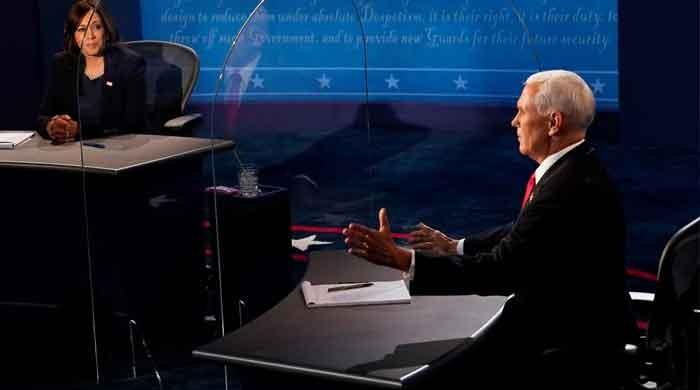 US Democratic vice presidential nominee Kamala Harris won the internet on Thursday after her “I’m speaking” moment with US Vice President Mike Pence when she politely but firmly urged him not to interrupt her.

As Harris and Pence went head-to-head in the first vice presidential debate before the US heads to the polls in November to elect its new leadership, the sitting vice president frequently interrupted his opponent.

At one point in time, it seemed as if Harris had had enough. “Mr Vice President I am speaking,” she said to Pence as he initially interrupted her when the Democrat was tearing into the Trump administration’s alleged careless response to the coronavirus pandemic.

“I have to weigh in,” responded Pence.

The moderator then allowed Harris to say what she wanted to before the segment ended.

Social media users took note of the moment and started sharing numerous memes online related to the “I’m speaking” moment online. There were various other instances throughout the debate when Harris smiled and told the vice president not to interrupt her, reminding him that she was speaking.

A lot of people took to Twitter to compare Biden’s “Will you shut up, man?” moment to Harris’ “Mr Vice President, I’m speaking.”

The first presidential debate between Biden and Trump was a rather hostile one, with the former calling the latter a “clown” and telling him to shut up, various times.

Trump, on the other hand, repeatedly kept interrupting Biden and made insulting remarks about his son Hunter and his drug addiction.