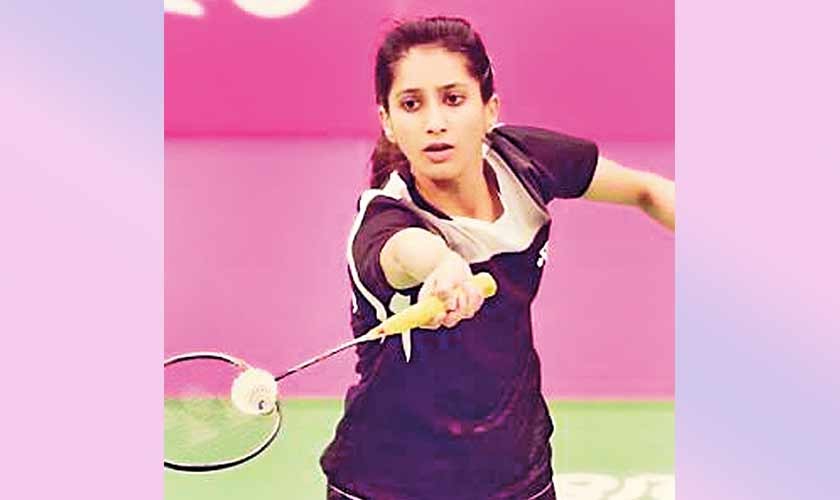 At the 1974 Asian Games, Pakistan defeated the teams of Japan and South Korea, badminton’s major powers. At the 1978 Asiad, they went even better and won the team bronze. Remember the Asian dominance of badminton is overwhelming. As many as seven different countries of the continent currently figure in the world’s top 10 men and women. The Asians’ small frame, agility, flexibility and wrist work make them physically geared for this sport.

Badminton is one of the most popular sports in the world. Some estimates put it just after soccer as the most participatory discipline.

After a long barren spell, there is a ray of hope. A Karachi girl has emerged as Pakistan`s brightest prospect.

Mahoor Shahzad is currently ranked 133rd in the world. Significance of this achievement can be gauged from the fact that there is no Pakistani male among the top 500. In tennis, Pakistan`s no top female player Ushna Sohail`s career high ranking in singles was 943. Mahoor is the first Pakistani female to break into the top 200 of world rankings.

Very confident of her abilities

“My aim is to be among world`s top 50. Once I have achieved that then I will aim to be among top 20, then I will be eyeing a place in top 10 and top 5. I want to earn this feat gradually instead of setting an unrealistic aim.”

Might seem far-fetched to some but she has already given evidence of her potential. At the 2018 Asian Games, Mahoor faced World No 1 Tai Tzu Ying. She put up a good fight in both the games, going down 14-21 and 17-21.

In fact, she led the world no 1 in the second game for quite some time.

Pakistan’s national champion for the last four years, Mahoor, who turns 24 on October 17, talks about her journey thus far.

“My father introduced me to badminton at the age of 11. He himself played badminton before switching to rowing. As recently as October 2019, he won four indoor rowing bronze medals at the Pan Pacific Masters Games in Australia. Soon, father started taking me and my elder sister to Sunset Club, Karachi, where we took classes from a professional coach in the evenings while he trained us in the mornings.

She was a precocious talent. At the age of 13, Mahoor competed at the national junior championships in not only the under 16 but also the under 19 category. She caused a sensation – winning both the titles. There was no looking back. At 16, Mahoor was among the top two of Pakistan, and represented her country at the Asian Games 2014. In 2016, she became number 1 in Pakistan and next year won the national championships, a title she has kept for four consecutive years.

“My success on the domestic scene attracted WAPDA. First, I was paid a monthly stipend. Later, I got permanent employment. Now, I am in grade 18. I represent them in the domestic events and WAPDA looks after us well.

“My first international appearance was at the 2014 Asian Games. Since then, the international circuit has taken me to around 20 countries. Most memorable achievement was winning the Pakistan International Series 2019. Around 10 days before the tournament, I got my ankle twisted while training at the Center of Excellence Academy in Denmark. The physiotherapist advised me not to play for a certain period. However, I was determined to participate because after a long time Pakistan was staging an international event. I played in the tourney applying ointment and wearing ankle support bandages for every match and then applying ice after the game. I managed to reach the final where I defeated an Iranian girl, ranked 30 places higher than me. Giving good fight to the world no 1 at the 2018 Asiad was also a morale booster. Before the match, many told me, `You will be lucky to win a few points`.”

At the 2018 Commonwealth Games, I reached the last 16 before losing to Pan American No 2.

Prize money in the badminton`s pro circuit is very little as compared to tennis and even squash.

“My world ranking of 133 attained early this year makes me eligible to figure in the Grade 2 of the pro circuit. I competed in the Grade 3 where prize money is negligible. In early days, I was totally dependent upon my family for the travel and lodging expenses. Here, I must praise Mr Wajid Ali, secretary Pakistan Badminton Federation. In 2017, he selected me, only one from Pakistan, for the training camp of Asian Olympic Project 2020 in Malaysia. The AOP is a development programme of Badminton Asia in which 40 players from across the lesser badminton countries of Asia are provided with training opportunities.

“But 3,000 dollars hardly cover two tours. In 2019, I played in seven circuit events. Magnus Sports Agency sponsored me for the rest. The ankle injury prevented me from competing in more events. For one`s rankings, the BWF counts points of the best 10 circuit results. Hence, I still partially depend on my family support to feature in the circuit.

“I was honoured by Badminton Asia as I was among the five selected out of 20 from the AOP for two-month training in 2019 at Centre of Excellence in Denmark, the most powerful European country in badminton.”

Mahoor is the brand ambassador in Pakistan of Li-Ning, a world famous sports goods and shoes manufacturing Chinese company.

“It is an honour for me. Li-Ning is the sponsor of some of the biggest names in sports, including NBA stars as well as Indian badminton star Olympic silver medallist PV Sindhu. Li-Ning provides me with rackets, shoes, grips, racket strings and kit bags.”

Multitalented Mahoor has negated the misconception that professional sports and education don`t go together. She completed her bachelors in finance and accounting from the prestigious IBA, Karachi, in 2018.

“Yes, it was very difficult. Often, I had to study/prepare assignments during the tournaments. Sometimes, I was working on my lap top sitting in the airport lounge. Some faculty members helped. I was given extended dates to submit the assignments and was examined when I returned from events.”

“My present ranking of 133 makes me eligible for entering the Grade 2 events of the BWF World Tour. Hopefully, the circuit recommences soon. If I perform reasonably well and amass enough points to break into top 100 by April 2021, I could qualify for the Tokyo Olympics.

AOP scholarship, Magnus sponsorship and family support definitely help but to a certain extent. World class coaching can do a lot. The Federation can help arrange coaching at some reputed academy, say in Indonesia, or hire a world class coach from abroad to train me here.”

If Mahoor makes it to the Olympics, she will be the first Pakistani female to “qualify” for the mega event. All the previous appearances were due to quota/wild cards.

Mahoor is arguably the country`s finest female sporting talent in any individual discipline.