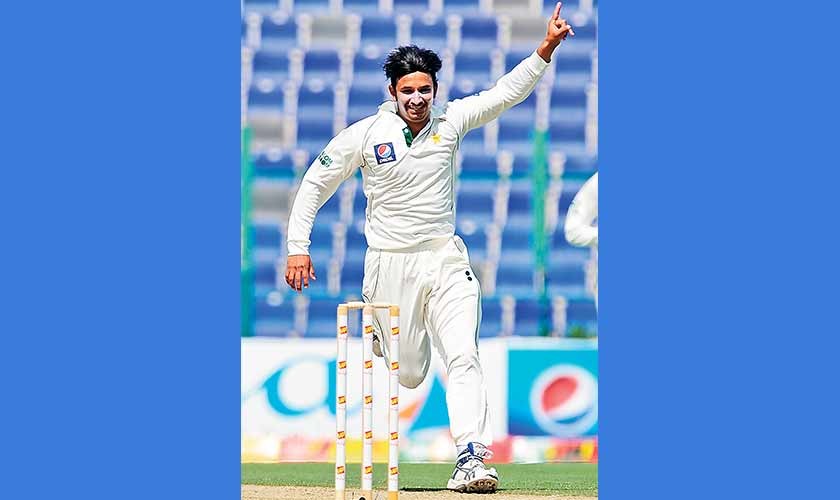 Last week we discussed batsmen who couldn’t last in the Pakistan team for no fault of their own; this week we will dedicate the space to some impressive bowlers who came, who bowled and faded out. In the last 25 years, many such individuals have represented Pakistan but none were more deserving to play a longer innings than the four mentioned here. They impressed all with their performances, yet somehow weren’t able to stay around for as long as they deserved. Read on:

Who was the first Pakistani fast bowler to take five wickets in a Test innings besides Wasim Akram and Waqar Younis in the 1990s? It wasn’t Aaqib Javed or Mohammad Zahid but a youngster named Shahid Nazir who impressed all with his ability to swing the ball, make the batsmen edge the ball to the slips and/or hit the stumps. It was his two wickets on ODI debut that saw Pakistan restrict England to 246 in the match where Rashid Latif steered his side to an impossible victory; he was part of the Pakistan side that won the World Series in 1997 and even opened the bowling in Sri Lanka when Wasim Akram and Waqar Younis got injured during a Test match. After the emergence of a faster Shoaib Akhtar, Shahid Nazir went back to the domestic circuit, and made a comeback after 7 years to guide the bowling attack in not one, not two but seven Test matches, before a certain Mohammad Asif took over. His 36 wickets in 15 Tests and 19 wickets in 17 ODIs are not a true reflection of his talent. Had he continued to be a part of the Pakistan side, his record would have been much better.

It was a case of wrong place, wrong time for Manzoor Akhtar as he came in the side when Shahid Afridi had cemented his place in ODIs as an opening batsman who could bowl leg-breaks and Mushtaq Ahmed was the main leg spinner when it came to Tests. As a leg-break bowler who could bat, Manzoor Akhtar gave a glimpse of what he could do in his seven-match ODI career, and then faded away. Against England in the first-ever day-night quadrangular played in Sharjah in 1997, he first took four wickets for fifty runs in his ten overs and later returned to score 44 valuable runs, before Wasim Akram’s four runs off 19 balls handed victory to England by 8 runs. His 39 in another encounter a couple of months later against India is still remembered by all, although Pakistan again lost the match by 18 runs. After that, Manzoor Akhtar wasn’t recalled and was forgotten, especially after the introduction of Danish Kaneria. Had he been a predecessor or successor of Shahid Afridi, things might have ended differently for him.

Aizaz Cheema’s career in all three formats was going well when he was suddenly cast out by the selectors. How can a fast bowler with 20 wickets in 7 Tests, 23 wickets in 14 ODIs and 8 wickets in 5 T20Is not be selected that too in the first year of his selection? He took eight wickets on his Test debut against Zimbabwe, kept his cool in front of a jam-packed Bangladeshi stadium against a spirited home side and defended 9 runs in the final over of the Asia Cup that saw Pakistan emerge as victorious. How was he rewarded for these performances? He was dropped in favour of younger bowlers who couldn’t perform like him in any format, let alone all three. Aizaz Cheema, who made his debut for Pakistan after his 32nd birthday, and was a former player before his 33rd. His age proved to his worst enemy, which is something that can only happen in Pakistan.

And then there was Tanvir Ahmed, who was among the many fast bowlers Pakistan tried after Mohammad Asif damaged his flourishing career. The right-arm Tanvir made a smashing entry in two of the three formats he represented his country in as he took a wicket off his third delivery ever in both Tests and T20Is, a feat not many can boast of. He ended his first Test match with six wickets to his name (all in the first innings) and 30 valuable runs down the order, which was a lot considering the late order’s inability to resist. Had he not scored 57 valuable runs against the West Indies in the first innings of the second Test in 2011, Pakistan might not have been able to make a comeback in the second innings and clinch the match by 196 runs. Sadly, he couldn’t last more than five Tests for Pakistan where he took 17 wickets at an average of nearly 27, which was better than many of his colleagues at that time. His fate wasn’t different in T20Is where after going for 13 runs in the 3 overs of his maiden T20I, he didn’t get a second chance. He did play two ODIs for the country but despite the promise, became a former Test cricketer less than three years after his Test debut, and now analyses the faults of his former teammates on TV as an expert.

Next Week: Wronged for no fault of their own – Part III (All-rounders)