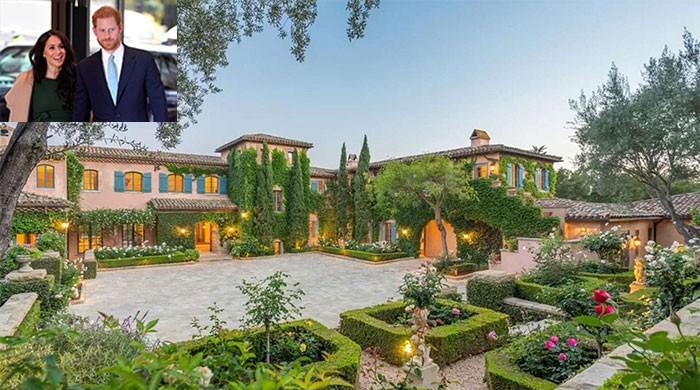 Duke of Sussex Prince Harry and Meghan Markle’s $14 million Los Angeles mansion is reportedly available to rent for $700 an hour, according to British media.

According to the Daily Mail, the new Montecito mansion, Meghan and Prince Harry purchased recently, is listed on rental website Giggster for $700 an hour for photo and video shoots.

According to the report, the home is listed as an ‘Italian Villa’ and the mansion can be rented for a minimum of 10 hours.

According to the website, smoking, alcohol, cooking, ‘adult filming’, and pets are not allowed during the photo and video shoot.

According to Daily Mail, it appears that the listing was posted before Meghan and Harry bought the home but it is still active on the rental website and it shows never-before-seen pictures of the interior of the mansion.

The multi-million home was built back in 2003 and offers a total of nine bedrooms, a library, gym, home cinema, games room and a lift.

The royal mansion has a tea house and cottage for Archie as well. The incredible backyard features a tiered rose garden, a large swimming pool and an alfresco terrace.

The property is about two-hour drive from Los Angeles downtown.