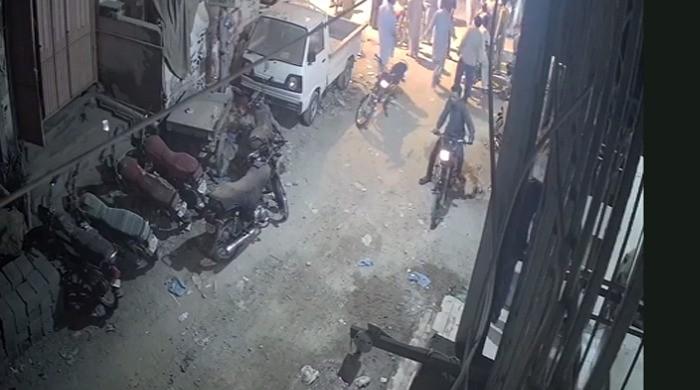 KARACHI: A police official was identified and arrested on Tuesday for beating a young man to a bloody pulp.

The incident took place in the city’s Kashmir Colony three weeks ago on October 4 when a young man was beaten up severely by a group. The intense beating left the young man severely injured.

According to Police, 8-10 people on motorcycles had thrashed a young man named Usama, who happened to be sitting on a motorcycle in the street.

Initially, police had refused to file an FIR after residents of the neighbourhood went to report the incident at the Mehmoodabad police station.

However, the cops registered an FIR and began probing the incident after pictures of wounds suffered by the young man went viral on social media.

The probe revealed that there were some police officers as well among those who beating up the man. A police officer identified as Haris Niazi was arrested.

Police is raiding houses of other suspects after interrogating Niazi. According to the police report, the altercation began when the victim, Usama, assaulted another man on parking issue a day before the incident.

The man then returned with his accomplices who took revenge from Usama and thrashed him severely.