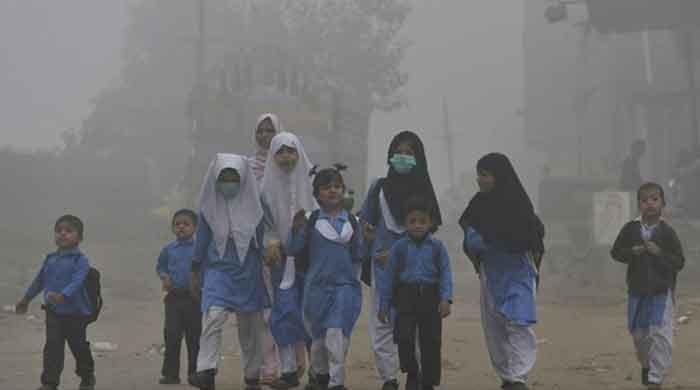 Lahore’s air pollution remained at the “Unhealthy” level on Tuesday, with the city’s Air Quality Index (AQI) registering a score of 183 at 10:00pm.

According to iqair.com, Lahore’s air quality deteriorated over the hours. At 17:00 pm the city’s AQI was measured at 155.

The average AQI throughout the day remained at 162, down seven points from Monday where it was reported to be 169.

According to the website’s forecast, the average AQI is set to remain tomorrow at 176.