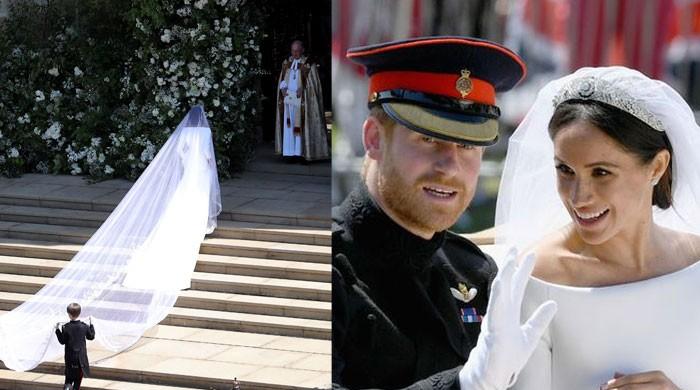 The report further says that the 16-feet long veil of the wedding dress of the Duchess of Sussex was embroidered with the national flowers of each of the 53 commonwealth countries.

It has also been revealed that Meghan Markle herself paid for her costly wedding outfit.

Earlier, there were reports that Meghan Markle was not allowed to wear her late mother-in-law, Princess Diana’s jaw-dropping tiara, on her wedding with Prince Harry.

On the day of Meghan and Harry’s nuptials, royal fans had anticipated that Meghan will honour Diana, by wearing the gorgeous Spencer crown.

However, she devastated after Queen banned her from wearing Princess Diana’s tiara.