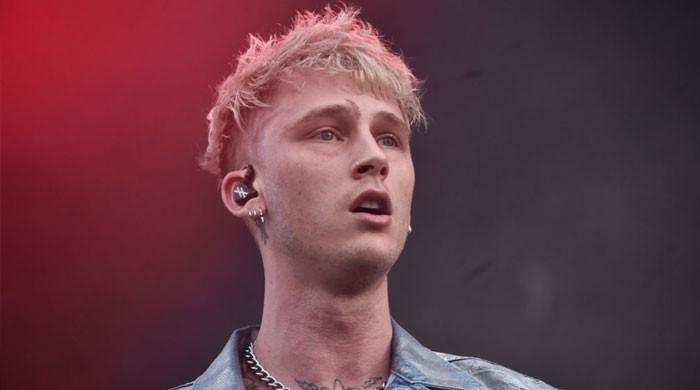 Machine Gun Kelly recently sat through a candid discussion about his love life and the profound impact Megan Fox has had on everything around him.

Machine Gun Kelly touched upon his profound sense of new love during an interview with NME magazine. There he even admitted how that his album, Tickets to My Downfall is in essence his love anthem.

The singer believes it also serves as “my diary because I did fall in love during the making of this record, and I did become a better person.”

The singer went on to tell the leading daily, “It’s interesting. There was probably a crossroads in the middle of making this album where the title would have lived up to the reality. I think the universe caught on to me wanting to make a change. It was like: ‘Maybe we won’t make this a reality; maybe we’ll make this ironic.’ Instead of the downfall, go ahead and have the biggest rise of your fucking [expletive] life.”

He later added, “You know what’s so beautiful, bro? Love is the one thing that can’t be restricted. No one has the power to stop that, as much as so many have tried in my life thus far.”

Kelly is not the only one who has gushed over his lady love this past month. Fox also raved about the love they both share during her appearance on Give Them Lala … With Randall, podcast. At the time she dubbed Kelly her “twin flame” and admitted that she knew he was the one right off the bat.

“I think it was the second day. I asked him to come into my trailer for lunch, and I put him through all of this astrology stuff. I went deep right away. I knew before I even did his chart, I said to him, he has a Pisces moon. I could tell by his energy.”