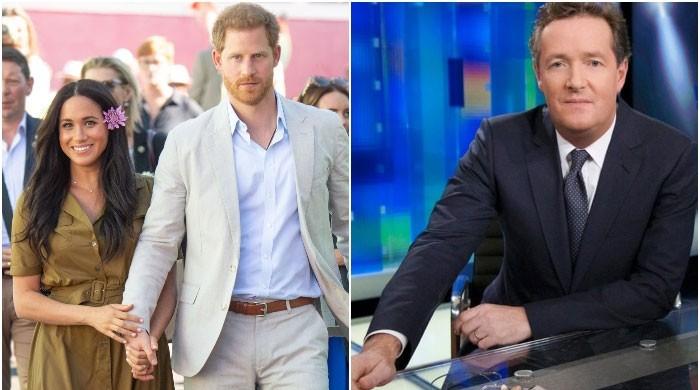 Piers Morgan has set his sights on Meghan Markle yet again and has begun another slam fest against the royal-turned-philanthropist, for wanting to “do something that matters.”

While many head honchoes in the UK are slowly starting to warm up to the couple and their civic “wokeness,” Morgan appears less than amused.

In his new book Piers Morgan: Wake Up, the talk show host touched upon Megxit, and even expressed his “endless irritation” over seeing Harry and Meghan squander their initial desire for a “quieter, more private life” by deliberately staying in the spotlight.

Morgan explained how “They keep hurling themselves into the news cycle as if they’re desperate to wrestle our attention back from a mere pandemic.”

Not only that, Morgan finds Harry and Meghan’s plan for Archwell “grotesquely tone-deaf” and highly inappropriate towards the Queen.

According to an extract from his book the Good Morning Britain host feels “I imagine the total number of [expletive] the British public currently gives about these two self-regarding brats. Announcing their ‘plans’ as they do nothing that matters in a Hollywood mansion, could be written on the back of a postage stamp.”